What is Braised
Chicken Rice?

Braised Chicken Rice is called Huang Men Ji Mi Fan in Mandarin. It is essentially a braised chicken stew, made with juicy succulent tender thigh meat, melt-in-your-mouth shiitakes, and topped with crunchy green and red peppers; all mixed with fragrant fresh ginger and savory bean paste. The soup is decadently thick, more like a gravy than a traditional soupy consistency, full of spices to warm you from the inside and out. 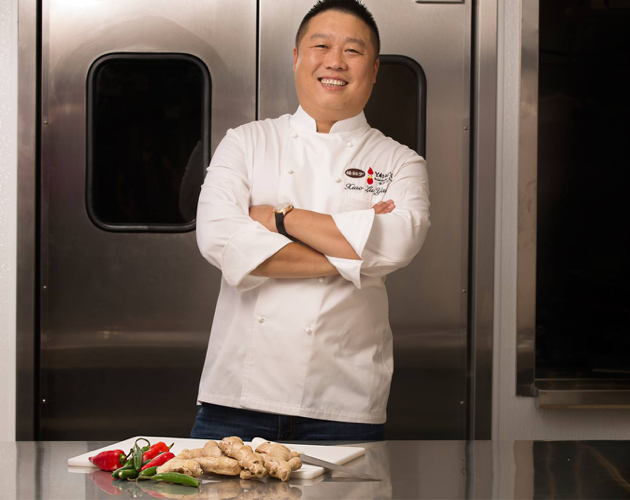 Braised Chicken Rice originated in Jinan, the capital of Shandong province, gaining local popularity during the 1930s. About eighty years later, the dish was pushed onto the national stage by a man named Yang Xiaolou, founder and original owner of Yang’s Braised Chicken Rice.

Taking the world by storm with over 6000+ locations, the brand is currently China’s biggest fast food chain. Known as “one pot wonder” or a “one dish legend”, the one-dish restaurant concept aims to bring new meaning to authentic Chinese food through simplicity, quality, and consistency.

What Makes the Chicken Special?

With a mission to bring the most famous Chinese dish to every corner of the world, Yang’s Braised Chicken Rice is committed to extraordinary flavor and quality ingredients, starting with the signature, proprietary sauce.

“What makes our braised chicken recipe special is the sauce. It was created by my great-grandmother in the 1830s. As the fifth generation to inherit this recipe, I put a little bit of my own twist to it. When we prepare this dish, we always use fresh chicken legs, and no extra oil is ever added”, says Mr. Yang. The cooking pot used by the chain is also very special. The high pressure of the clay pot allows it to really absorb the sauce while rendering fat. This results in a very juicy chicken that’s also a great healthy source of protein.

Serving one thing and one thing only, our innovative single-item menu is rooted in tradition and has developed a loyal international fan-base. With a focus on quality through simplicity, Yang’s is committed to the extraordinary flavor of its ingredients, starting with the signature, proprietary sauce used at all locations. With its recent U.S. expansion, Yang’s is poised for continued growth to share its braised chicken rice with the world.